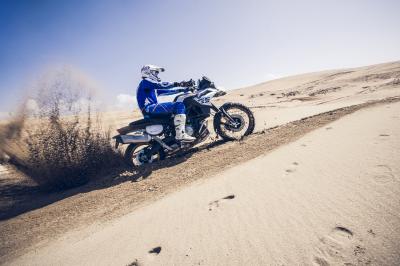 BMW Motorcycle accessory specialist Wunderlich has an absolute specialist for demanding Enduro motorcycles. The folks from Sinzig rely on their pleasant and calm works rider Dirk Thelen, a repeatedly German Enduro champion from the Eifel. He is always “top notch” for tricky, challenging Offroad-duties.

Meanwhile, BMW Motorrad planned to put the sporty Touring enduro F 850 to an utter endurance test. The machine which was given much attention at the EICMA 2017, was close to its market launch.

So both companies decided to start an exciting joint initiative.

BMW Motorrad provided the brand-new BMW F 850 GS for the event, while Wunderlich denominated Dirk Thelen rider for the Enduro d’Agadir after he meticulously prepared the bike at the Wunderlich premises for the event. [...]