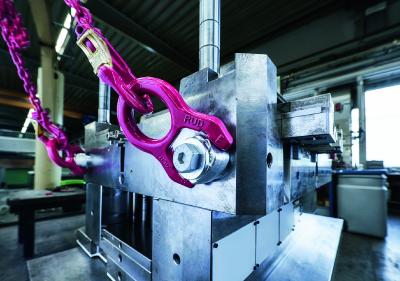 German based global leader for sling and lashing technology RUD presents a hoist ring with an innovative spring mechanism for more safety. The mechanics of the new RUD ACP-TURNADO ensure that the anchor point always immediately turns in the load direction when raising the load. This constructively prevents a dangerous stop of the bracket and the associated high shearing forces. This also rules out the feared dropping of the load as a result of the sudden turning of the bracket. In addition, through its optimised design and its special screw technology, according to RUD the anchor point facilitates higher working load limits of up to 30 %. An RFID transponder is installed as standard to simplify the inspection of operating equipment. [...]