Off to "Harley and Snow"! 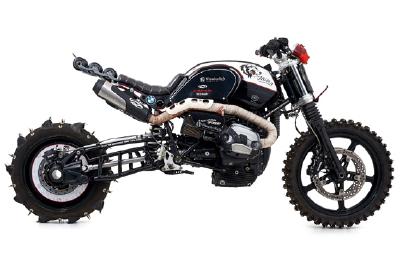 A new motorcycle event has been established in southern Tyrol in 2015.

The event we are talking about is “Harley and Snow”, a mountain race, a wild motorcycle spectacle originally initiated for Harley riders which is held during extreme conditions throughout the winter period.

We participate in one of the various classes, “speed hill climb” at which it is all about climbing a mountain as the fastest by only using a ski slope as race track in Ridnaun, Italy. This is more than challenging enough as by far not all drivers manage to climb the first part of this slope. Therefore, teams started to create numerous bike conversions and specials made for those conditions and to take part in the combat for victory. Long since the machines no longer only consist out of clumsy and heavy American old iron; participants are increasingly drawing upon Japanese and European brands.

This year, BMW specialist Wunderlich is breathing ample performance into a radical conversion made for Jekill & Hyde, main sponsor of the event. [...]