For the penultimate race of the season, Formula 1 remains in the American continent for the Brazilian Grand Prix, at the iconic Interlagos venue where so many stories from Formula 1 history have been written. This year, Pirelli takes the C1 as the White hard tyre, the C2 as the Yellow medium, and the C3 as the Red soft. This is the hardest possible combination of compounds, and a step harder from what was chosen for Brazil last year.

"Interlagos is nearly always an exciting grand prix, where there's plenty going on: the compact track means that there's generally quite a lot of overtaking, with drivers also having to go frequently off the racing line. It's corner after corner, which keeps the tyres busy, and it's an old school track with not much run off, so mistakes are generally punished. Add in the variable weather and probability of safety cars as well, and this tends to make for an unpredictable weekend. You have to be prepared for everything: we don't know for sure yet which conditions we'll be facing, but our choice of the hardest tyres means that the teams will be able to push hard even if they are running – as is likely – a one-stop strategy."

THE TYRES NOMINATED THIS SEASON 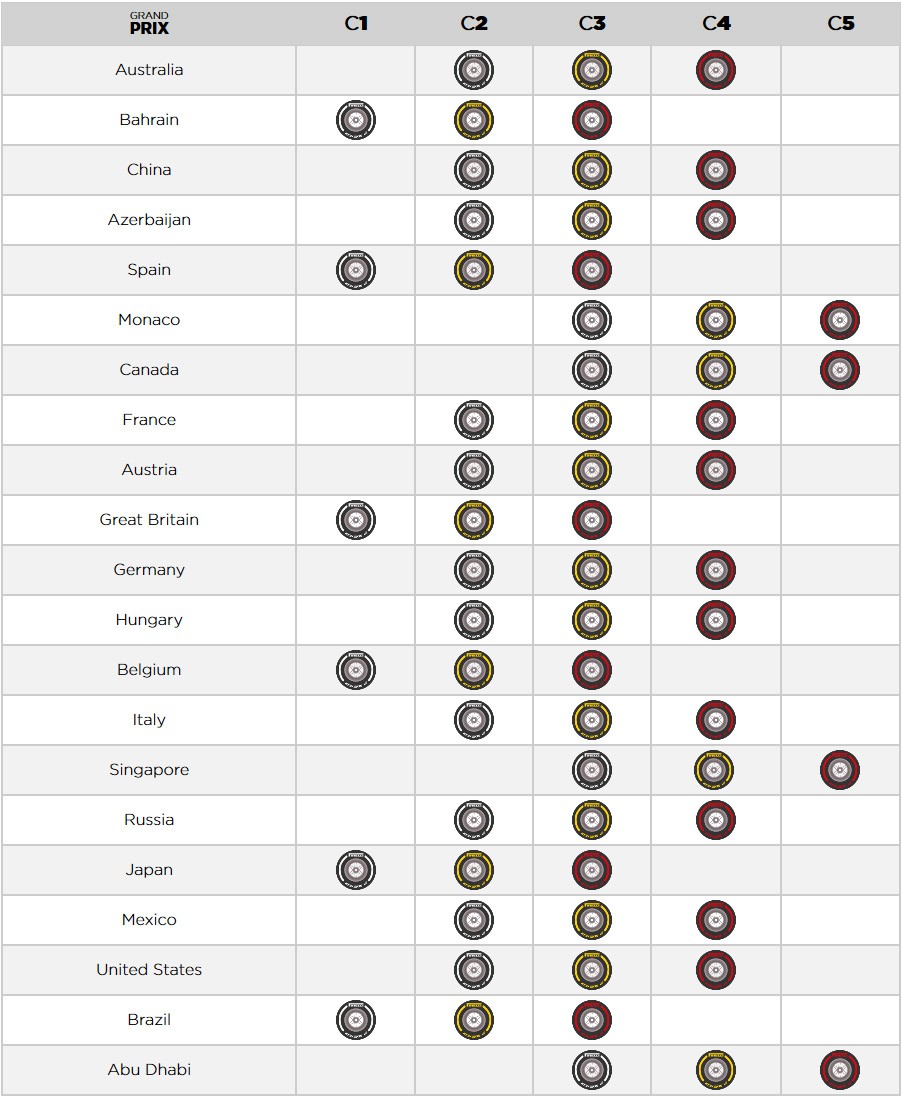 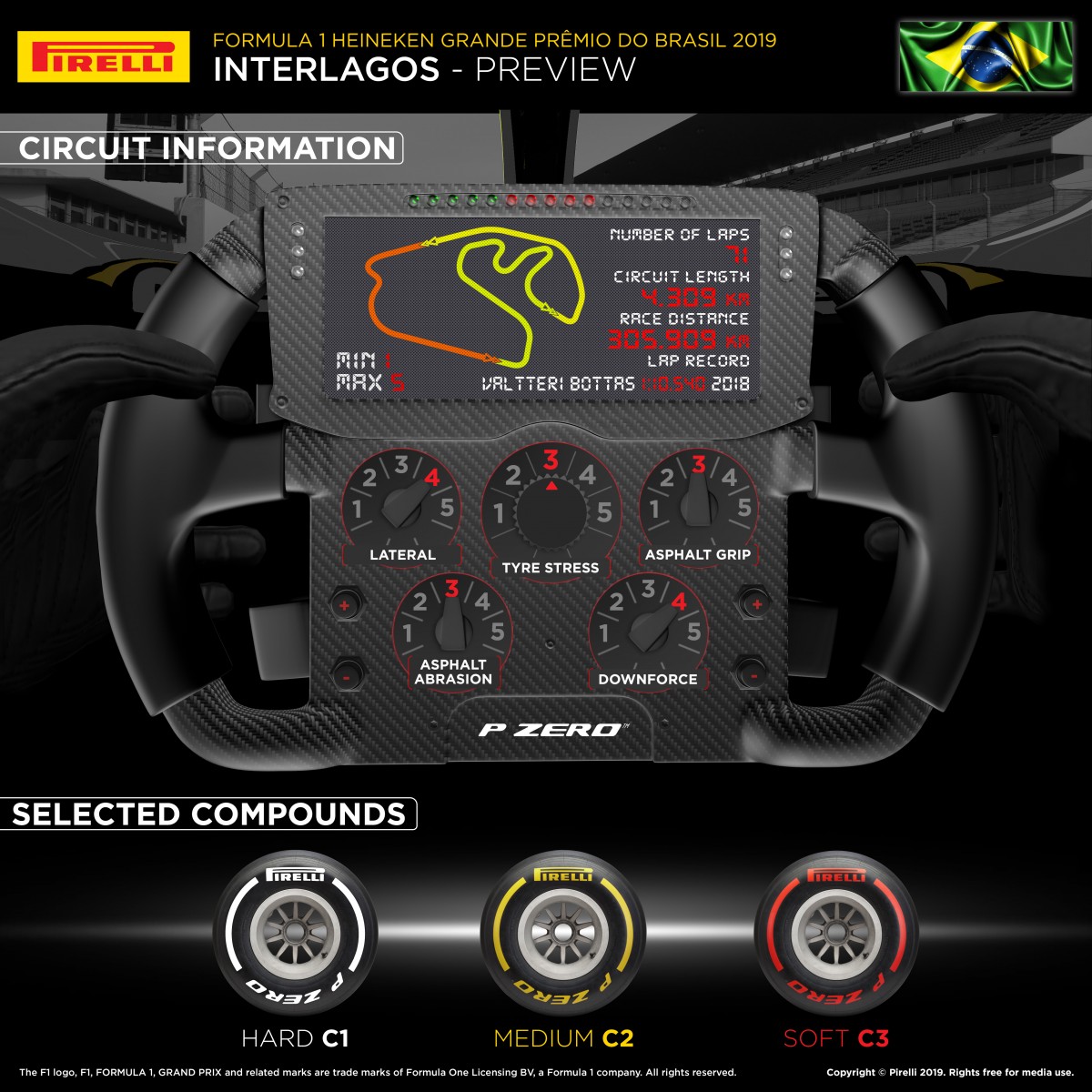