Mercedes driver Valtteri Bottas won the United States Grand Prix with a two-stopper, while his team mate Lewis Hamilton claimed his sixth title after finishing in second place with a one-stopper. As has often been the case at the Circuit of the Americas, there was a wide variety of strategies seen all the way down the field today, with a tense tactical battle between the top three that came down to the final few laps.

"The final few laps in particular were extremely tense, as we all waited to see if Lewis Hamilton could make a one-stopper work to win the race, against drivers on much fresher tyres behind him. He didn't quite make it to the top step of the podium but it was still a spectacular fight where strategy was all-important, so big congratulations to Lewis for a very well-deserved sixth title after a thrilling grand prix. Congratulations of course to Valtteri as well for winning the race with a completely different strategy. In the end, the relatively warm conditions, after a very cool start to the weekend, meant that it was a close call between one and two stops using the harder compounds: with two of the three podium finishers eventually opting for a two-stopper. However, we witnessed a wide variety of strategies all the way down the grid with close competition from start to finish, which is exactly what we all want to see." 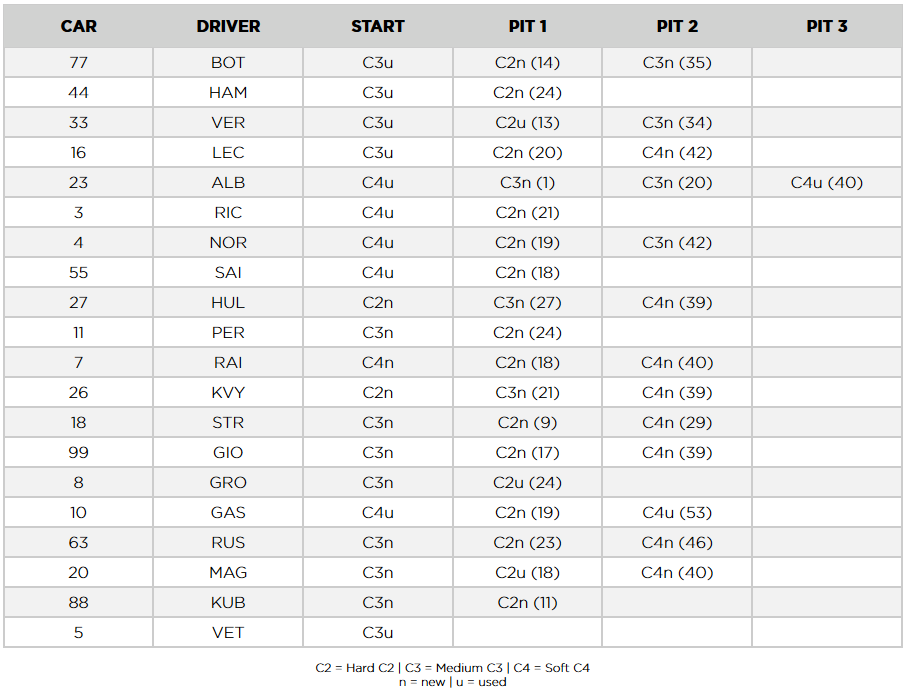 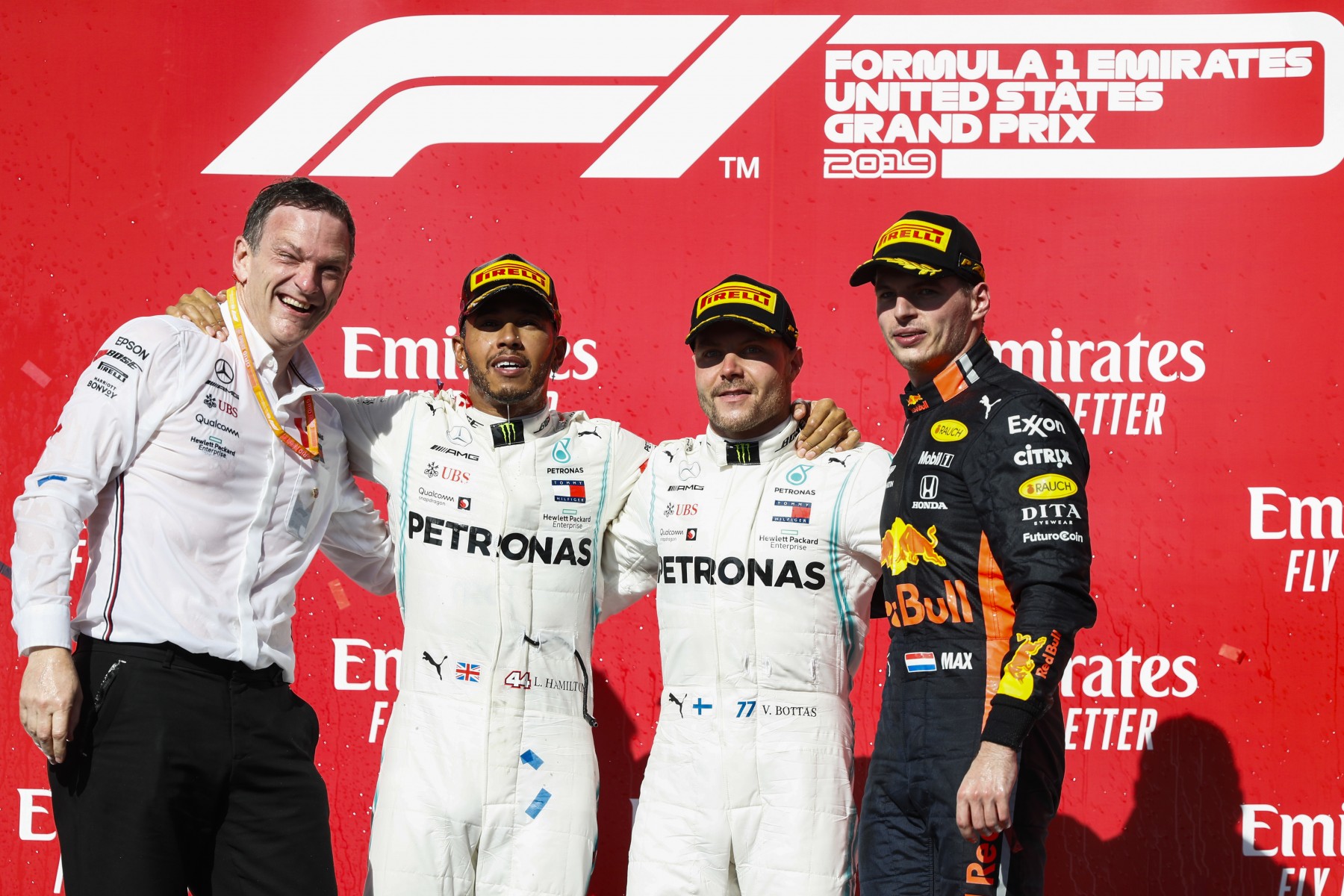 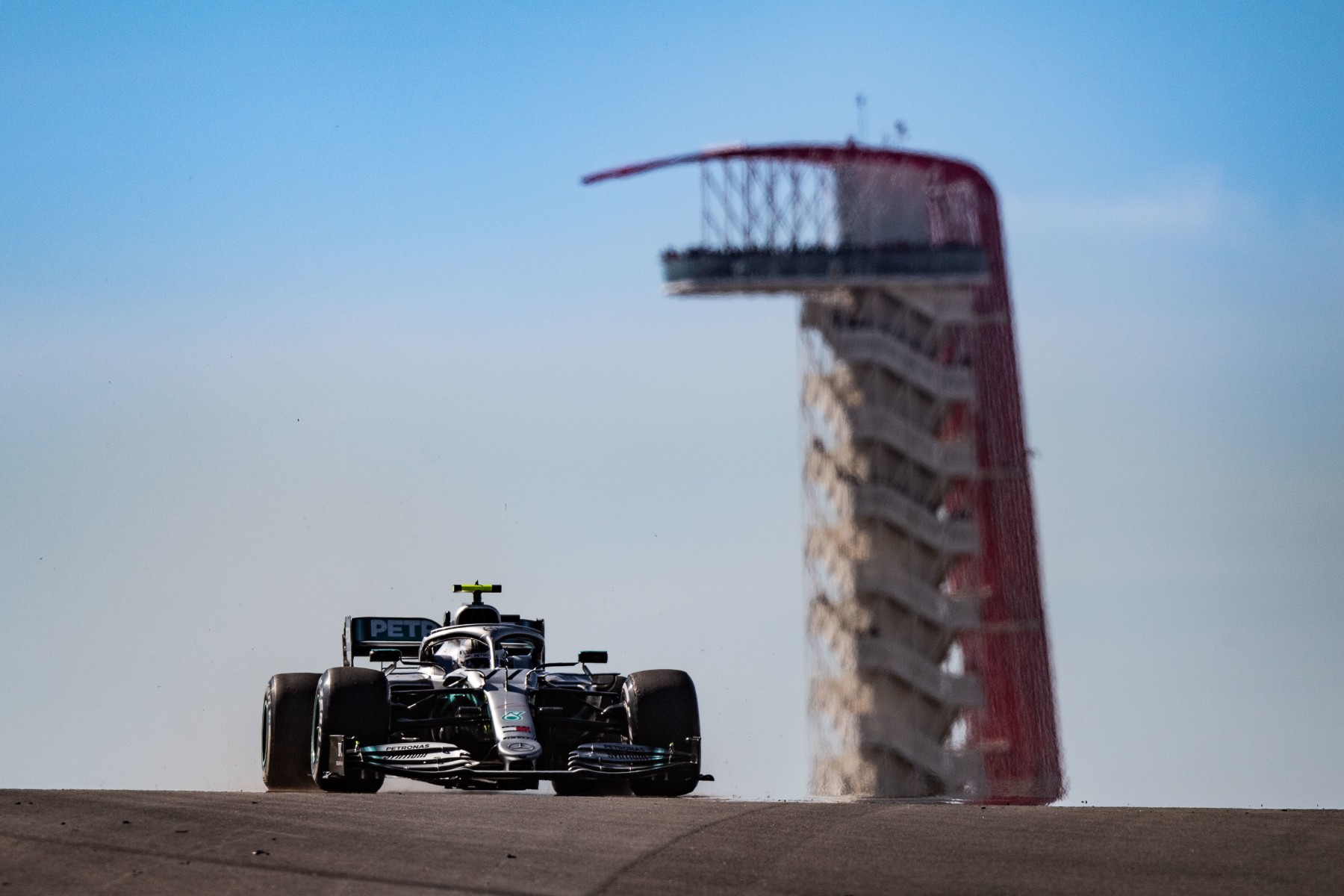