For the third race in a row, a Ferrari won – this time with Sebastian Vettel, from third on the grid. The German used pit stop strategy to get ahead of his pole-sitting team mate Charles Leclerc, who finished second. Red Bull's Max Verstappen completed the podium, with the top seven all using the same tyre strategy in a tactically complex and physically demanding race, slowed down by three safety car periods.

"It was a really interesting grand prix, with tyre strategy a key element. We saw plenty of pace management in the first half of the race, with drivers saving fuel and tyres for later in this very long grand prix: especially as the safety car wipes out any big advantage instantly. Managing the tyres in anticipation of the safety car proved to be a key element of the race, and the three safety car periods also had the effect of minimising tyre wear and degradation. With Singapore being a track that requires a lot of traction from the rear tyres, the set-up tends to place big demands on the front of the car, in order to protect the rear. In spite of that, we're happy with the levels of wear and degradation seen today. For the frontrunners, soft-hard turned out to be the optimal strategy, used by the top seven, but all three compounds played an important role in the race today and there were plenty of different strategies. Congratulations to Sebastian Vettel, Charles Leclerc and Ferrari for a spectacular double podium at a spectacular race." 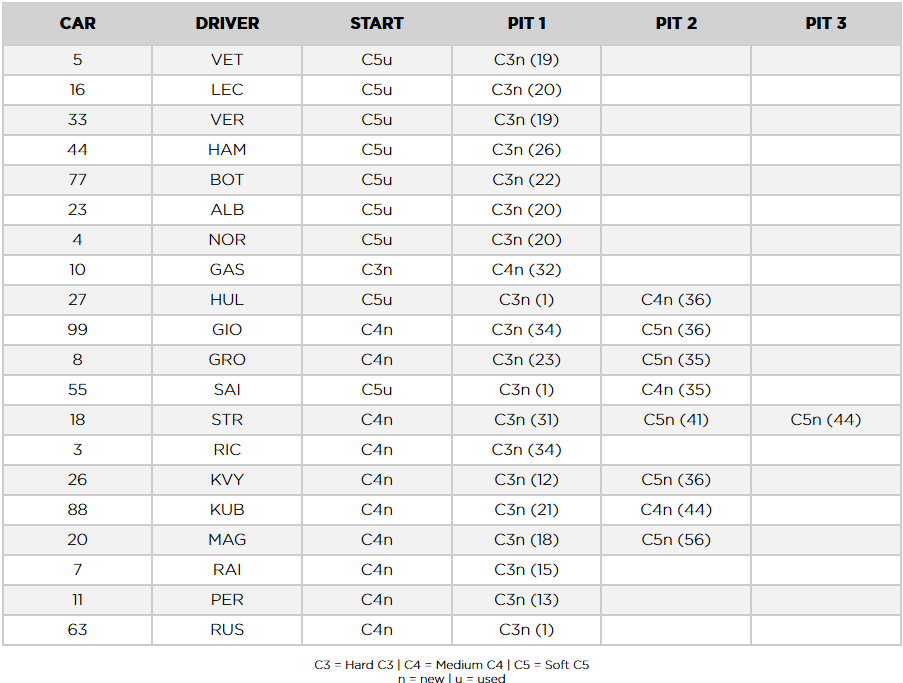 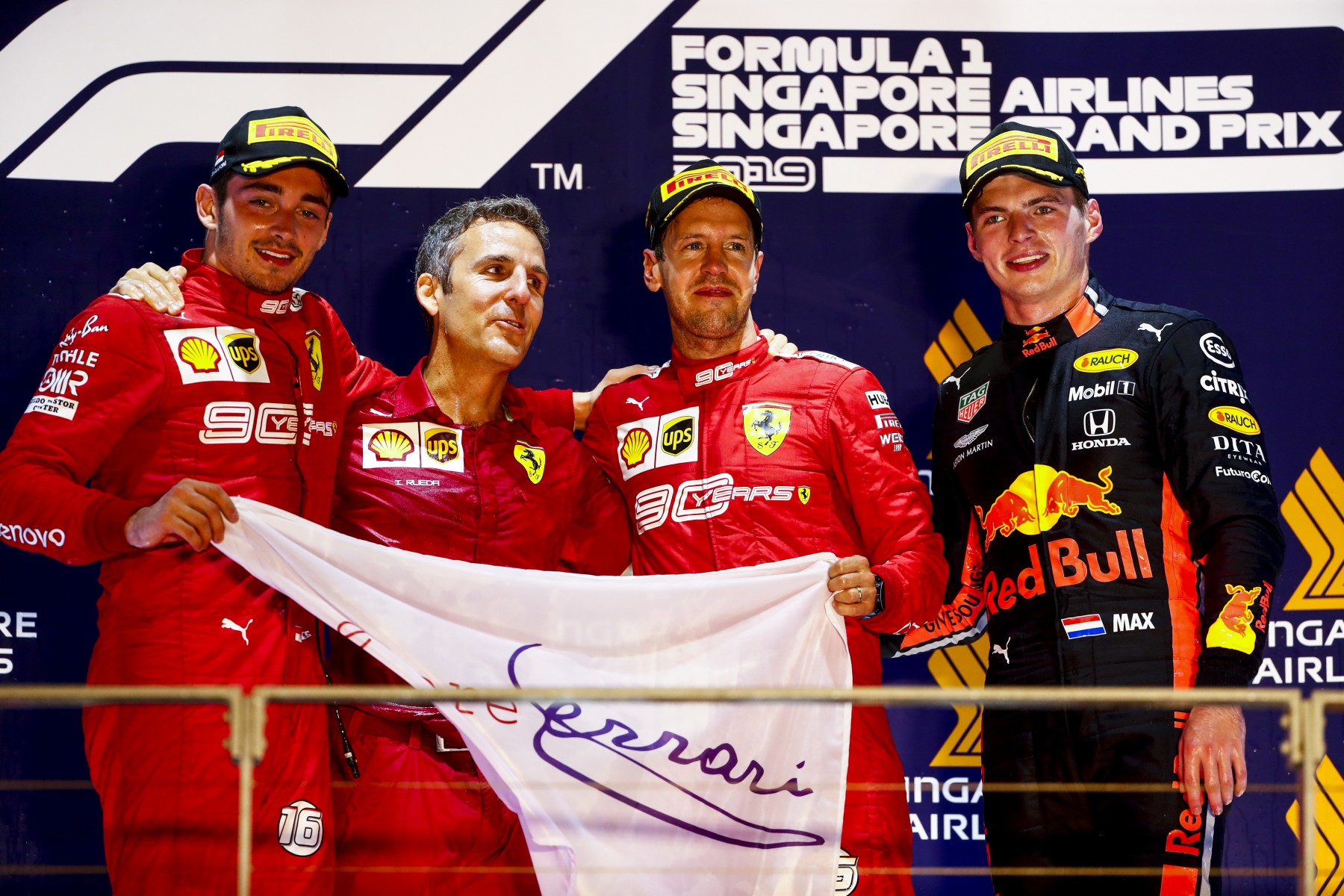