After two days of very hot weather, the German Grand Prix was held in wet conditions nearly all the way to the finish, leading to a chaotic race with multiple pit stops and four safety cars. Red Bull's Max Verstappen eventually won the race, having stopped five times, ahead of Ferrari's Sebastian Vettel and Toro Rosso's Daniil Kvyat.

"For the strategists this was one of the hardest races of the year to call, as they had to constantly anticipate and react to rapidly changing circumstances, both when it came to judging the grip and maximising the opportunities presented by all the safety cars. On top of that, the conditions changed a lot from sector to sector. As a result though, strategy made a real difference this weekend, especially when it came to working out when to make the final move to slick tyres for the last stint. The three drivers on the podium in particular took full advantage of the capabilities of the soft tyre on a drying track at the end of a thrilling and unpredictable race. When it was wet, the intermediate tyres proved their versatility in a wide range of conditions, which was crucial as none of the drivers had experienced any proper running on the wet-weather tyres, so there was no real basis on which to judge the crossover points. Now we have collected a lot of data on the intermediate. Congratulations to all the podium finishers, and also to Racing Point and Lance Stroll who led the race close to the end thanks to their strategy call." 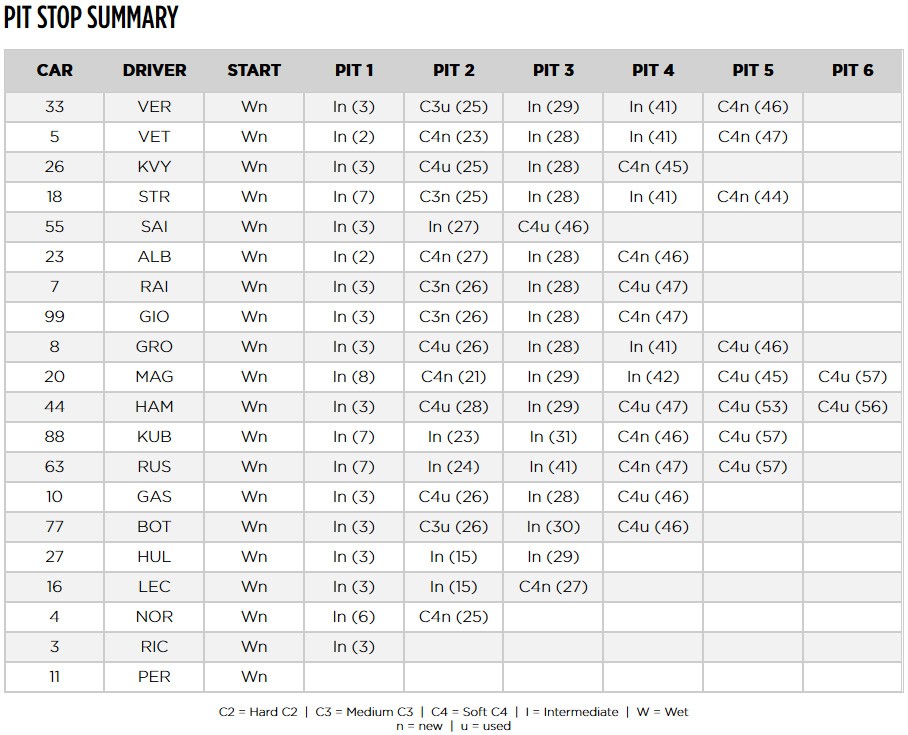 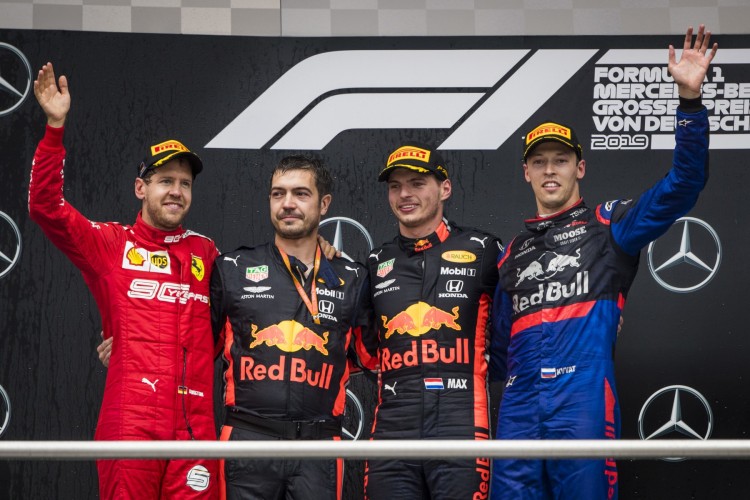