Hockenheim in Germany used to be known for its high speed and massive straights, but the cut-down version of the track inaugurated in 2002 is much more balanced, with a bit of everything. As a result, the middle tyres in the P Zero range have been nominated this weekend: C2 as the hard, C3 as the medium, and C4 as the soft. This is broadly equivalent to last year, when the 2018 medium, soft, and ultrasoft compounds were chosen.

"Hockenheim is not a track that the teams are historically completely familiar with; for many years it alternated with the Nurburgring, then it dropped off the calendar entirely, before returning last year. Nonetheless, there's nothing about the track that is particular surprise, with the demands and forces on the tyres being quite balanced. One exception is the Motodrom section, which is a bit more stop-and-go, while another thing to be aware of is the camber on Turn 12 and Turn 13. Wear and degradation is generally low, so in the past we have seen some quite long stints on the tyres. As we experienced last season though, the weather is hard to predict in Hockenheim at this time of year and this could certainly be one key element influencing strategy". 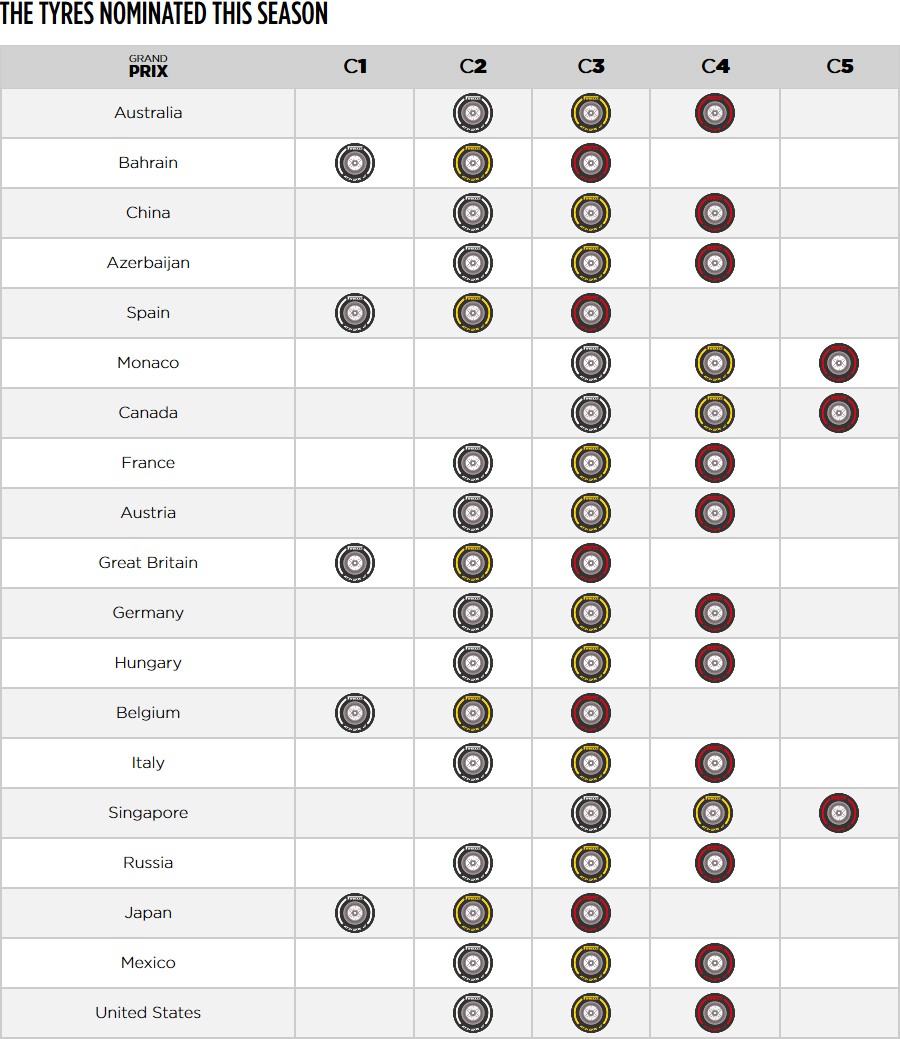 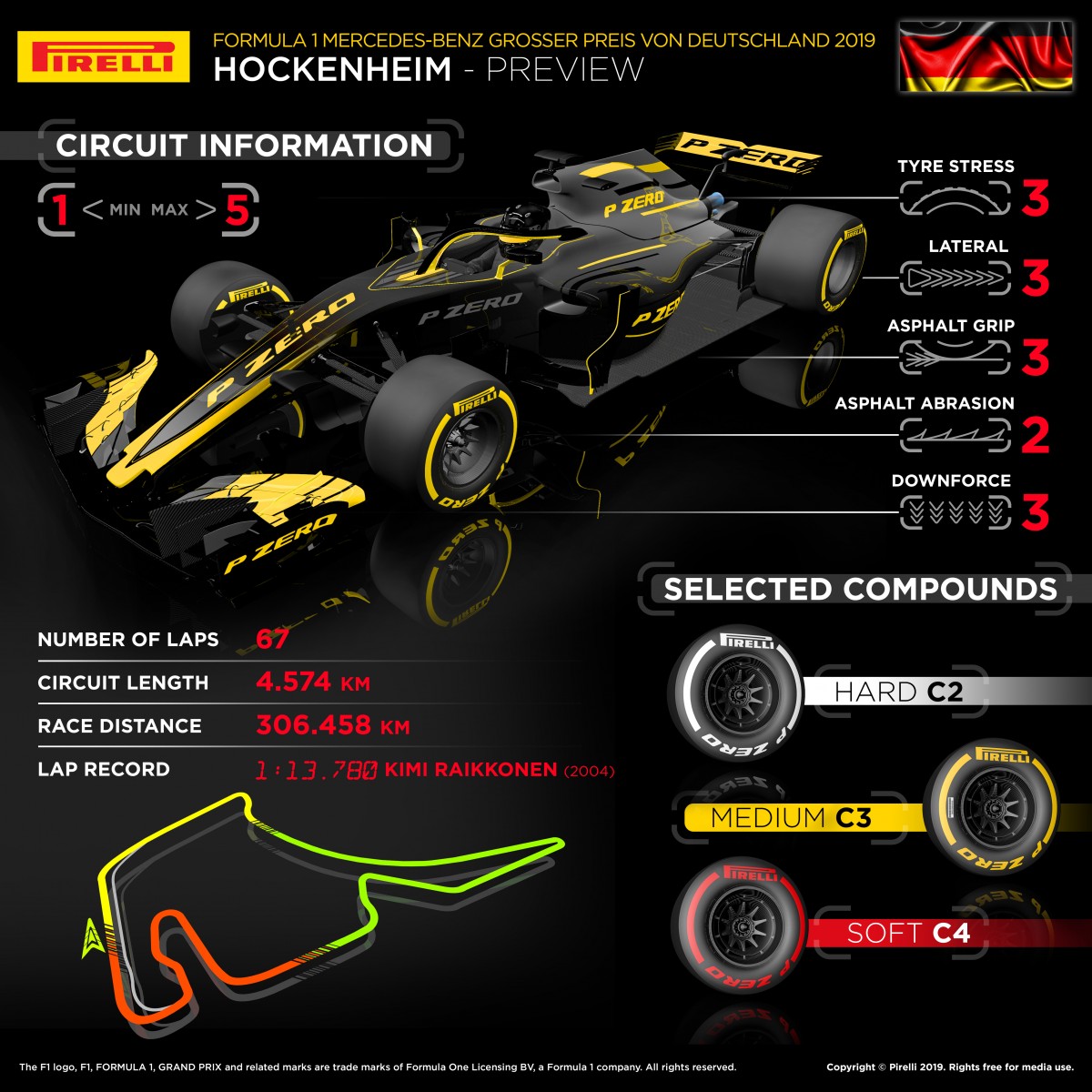