Mercedes driver Lewis Hamilton claimed pole position at the Paul Ricard circuit in very warm conditions, setting a new track record in the process with a pole time 1.7 seconds faster than last year. Along with seven other drivers in the top 10, Hamilton set his fastest Q2 time on the yellow medium compound, meaning that these are the tyres the top eight will start the race on tomorrow. Hamilton was presented with his third Pirelli Pole Position Award of the year by Jean Alesi: one of the most popular drivers ever to have raced in Formula 1, who made his home debut in the sport here at Paul Ricard exactly 30 years ago. He went on to become an iconic figure in Pirelli’s Formula 1 history.

The fastest strategy for the 53-lap French Grand Prix is a one-stopper. And the optimal one-stopper is to start on the medium tyre for 22 to 27 laps, then switch to hard until the end. If you start on the soft, a one-stopper is marginal but here’s how to do it: start on the soft for 14 to 16 laps, then take the hard to the end. Finally, there’s a two-stopper but this is much slower, so best avoided unless you have to: also because of a different pit lane layout this year. For a two-stopper: start on the soft for five to eight laps, then run the medium for 22 to 27 laps, and finally medium again to the end. The key to the strategy here in any case will be managing degradation on the soft and (to a lesser extent) the medium tyre, in the warm conditions, which is why the first strategy is clearly the preferable one – and why so many drivers selected the medium in Q2.

"This was one of the most significant qualifying sessions of the year in terms of pace, with pole position a full 1.7 seconds faster than last year on the equivalent compound, with track temperatures that exceeded 50 degrees centigrade today. We saw the track continue to evolve quite quickly, and as a result of that there was less sliding compared to previous days. With the strategy prediction clearly favouring a start on the medium tyre tomorrow, most of the top 10 opted to run this strategy in Q2. This could lead to an interesting situation at the beginning of the race tomorrow, with a few cars on faster soft tyres starting behind the top eight on the medium compound." 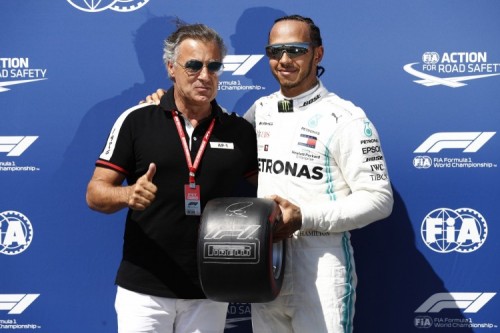 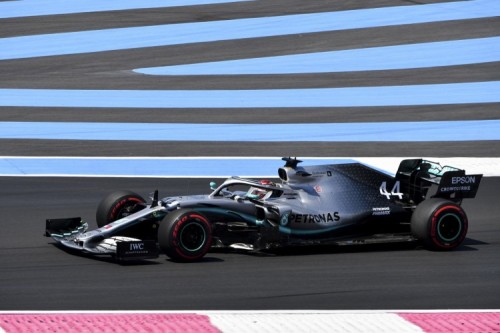