Ferrari driver Sebastian Vettel finished first on the track, but Mercedes driver Lewis Hamilton won the race after the German was given a five-second time penalty in Canada. Ferrari and Mercedes occupied the top four places, starting the race on the medium tyres and making a single stop for the hard compound: a strategy that we had predicted as the fastest.

"This was a fantastic fight between two champions with nine titles between them throughout the whole race: held in extremely hot conditions, with 52 degrees track temperature at the start. This obviously affected the soft compound most, while the thermal degradation on the medium was lower than expected. In general, the tyres stood up extremely well to the challenge, ensuring that nearly everybody stopped only once. Medium to hard was clearly the best strategy under these circumstances. The weather conditions also meant that drivers completing a long first stint on the hard were able to use this compound to good effect, with both Max Verstappen and Lance Stroll scoring valuable points after making their way up through the field." 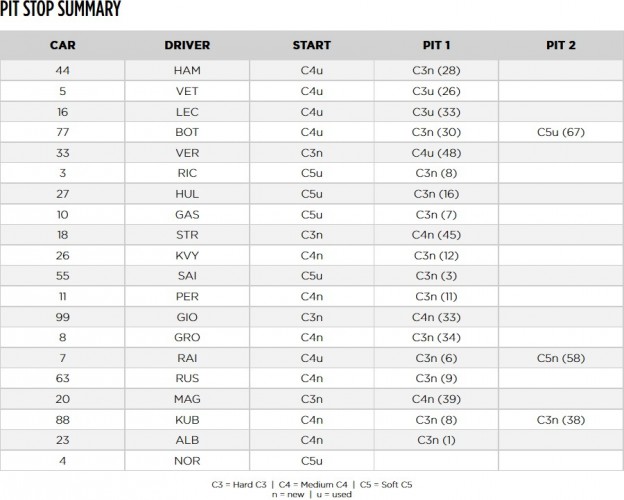 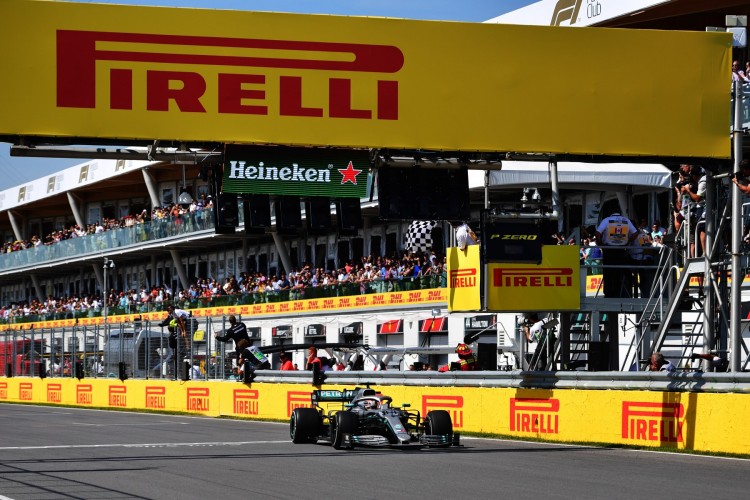 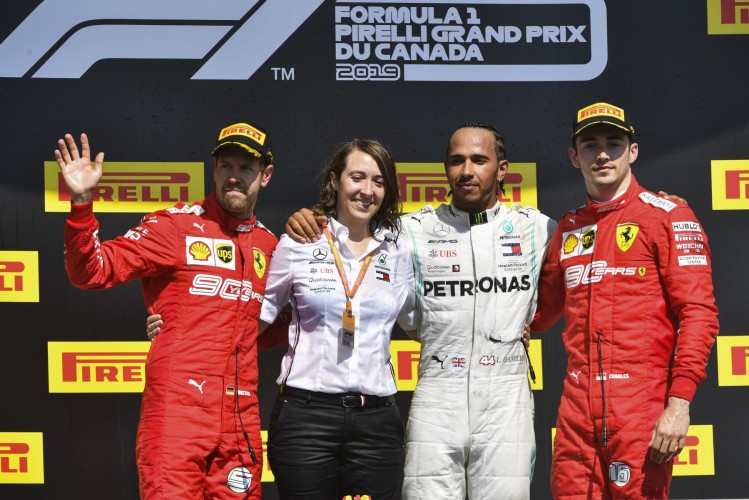