Like Monaco, Canada isn’t a conventional racing circuit, and once more the three softest compounds in the P Zero Formula 1 range have been selected: the hard is the C3, the medium is the C4, and the soft is the C5. But that’s where the similarities end. The Circuit Gilles Villeneuve – named after Canada’s most celebrated driver – holds a unique challenge, on only the second appearance this year for the softest C5.

"Broadly speaking, our nomination for Canada is about the same as last year, when the hypersoft also made its second appearance of the year after Monaco. The main difference is that the hardest compound available this weekend is a bit harder than last year, and there is no equivalent of the supersoft in the 2019 range, so the choices are more spread out. While we have the same nomination as Monaco, a few of the teams have compared Montréal more with Baku – where we made a harder selection - because of the higher speeds, longer straights, and the challenge of balancing tyre temperatures across the front and rear of the car. Montréal is also a race that contains plenty of variety, in terms of strategy, on-track action and weather. The teams always go into it not knowing quite what to expect, so it’s especially important to accumulate as much tyre data as possible in order to be able to make an informed reaction to changing circumstances". 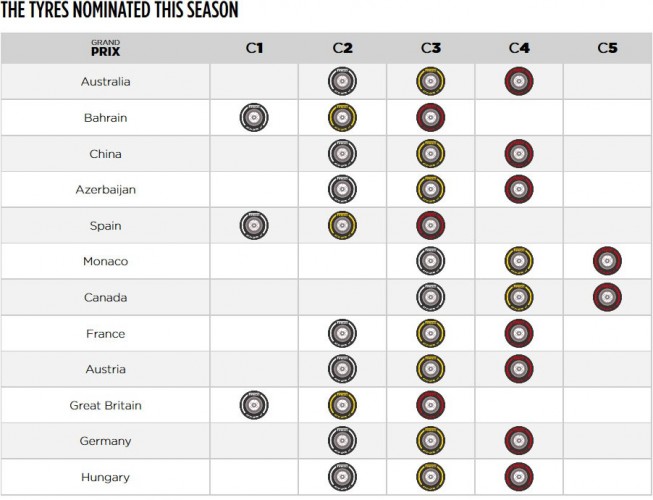 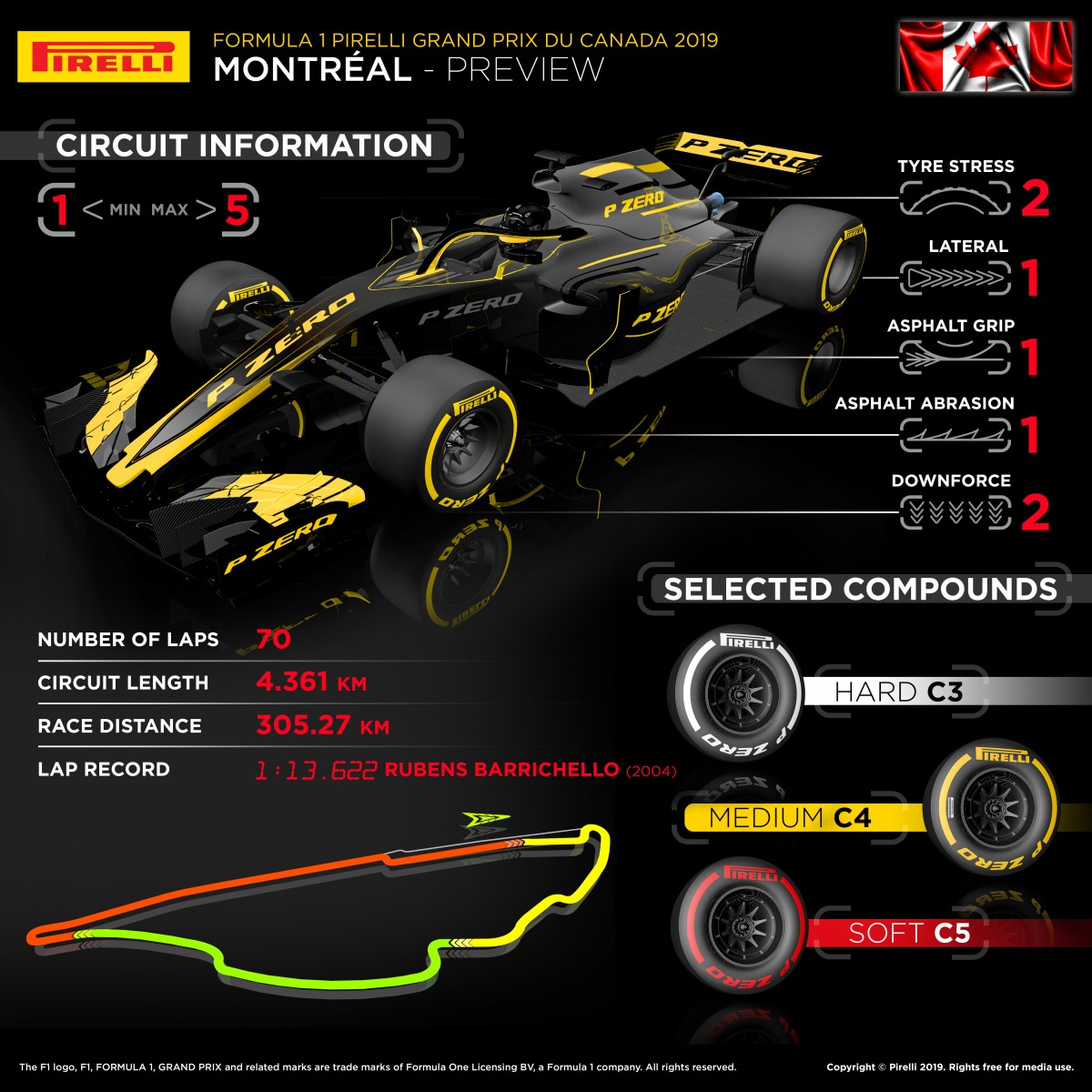