In his own words, Lewis Hamilton claimed "the hardest race I think I’ve had," with a one-stop strategy from soft to medium under an early safety car on lap 11. The Mercedes driver then had to control his pace on the yellow compound, faced with close pursuers on the more durable hard compound behind him, all the way to the finish of the 78-lap grand prix.

"We saw a thrilling grand prix in uncertain weather conditions with a great duel between Hamilton and Verstappen throughout most of it: so close that there was even some contact between them just a few laps from the finish. Hamilton very effectively managed a softer tyre compound than his rivals, completing 66 laps on the medium after making his only stop under the safety car, which proved to be a pivotal moment in the race. The decision from Ferrari to fit the hard tyre to Vettel ensured their podium, while Hamilton’s ability to look after his tyres led to a victory that Niki Lauda would have been proud of." 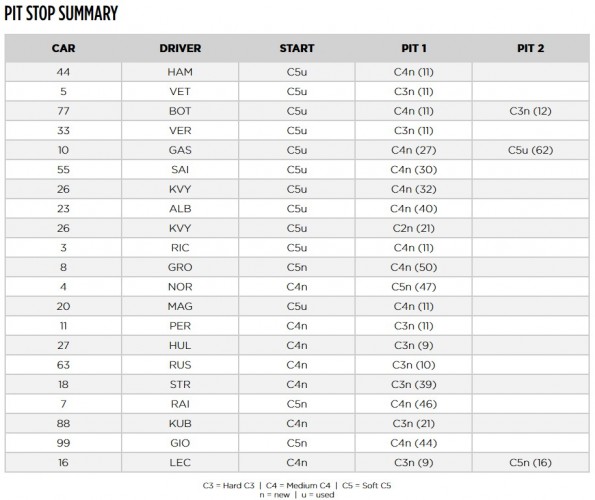 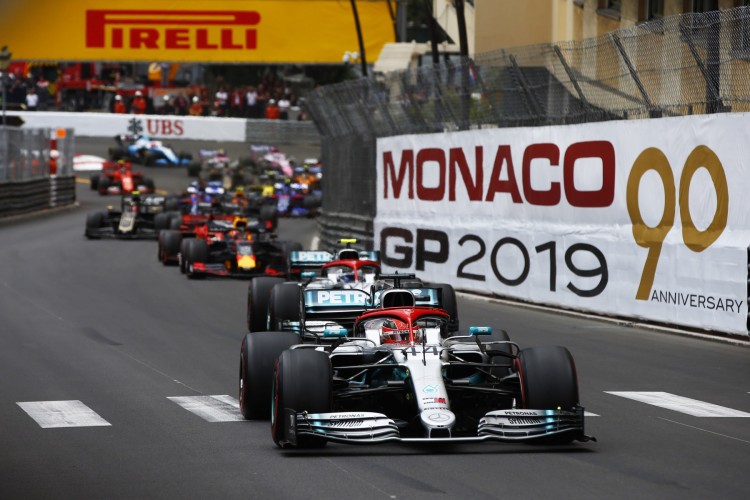