HOW TO TELL THE FIVE COMPOUNDS APART IN TESTING

This was an important two days, as it was the final in-season official test of the year. From now on, the only other tests during the season are private Pirelli tests to assess future tyres: focussing on next year’s 13-inch tyres until the summer, then exclusively on 18-inch tyres from September onwards. The teams conducted plenty of useful work in warm conditions here in Barcelona, with track temperatures generally in excess of 40 degrees centigrade during each afternoon. As usual they had the full range of 2019 compounds available, and even though Barcelona favours the harder end of the tyre spectrum, we also saw some teams testing the softer compounds in preparation for Monaco and Canada, which are up next – probably to see how they work with the latest car upgrades. All the teams followed their individual programmes – using young drivers as well as established race drivers, as required by the regulations – with Ferrari and Racing Point additionally providing a second car for us to assess 2020 prototype tyres; many thanks to them for their availability. These were ‘blind’ tests, so that the teams and drivers did not know what they were testing, in order to provide a level playing field. We collected plenty of data in representative conditions: this now gives us a lot of numbers to analyse back in the office over the coming days and weeks as we continue to define next year’s tyre specification.” 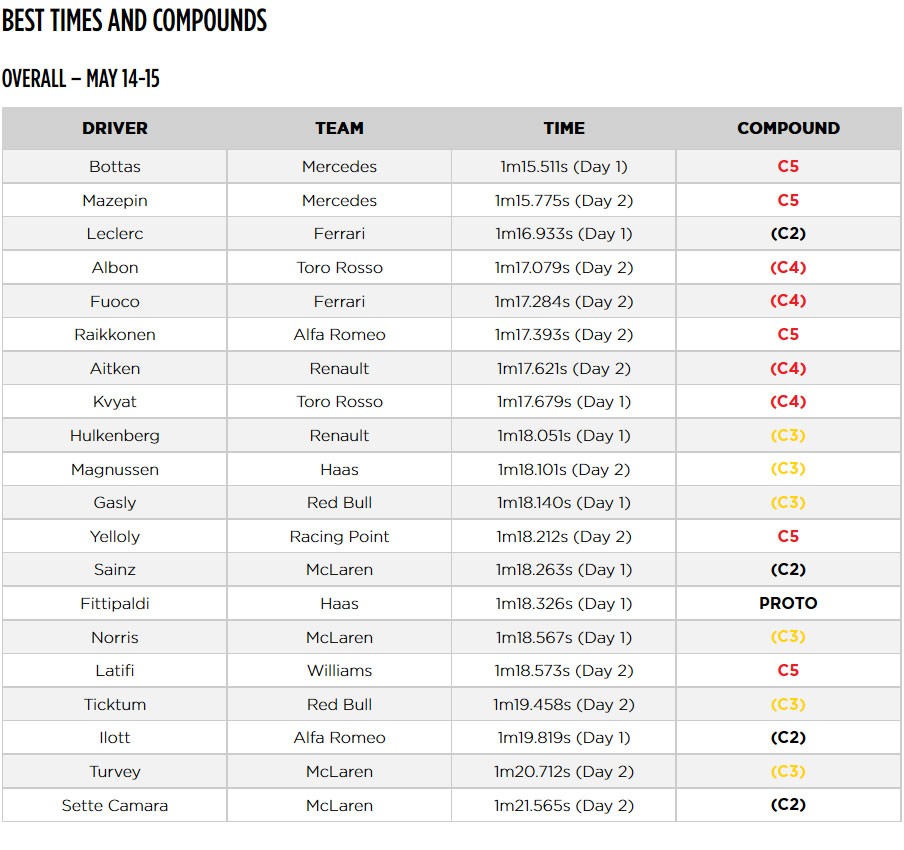 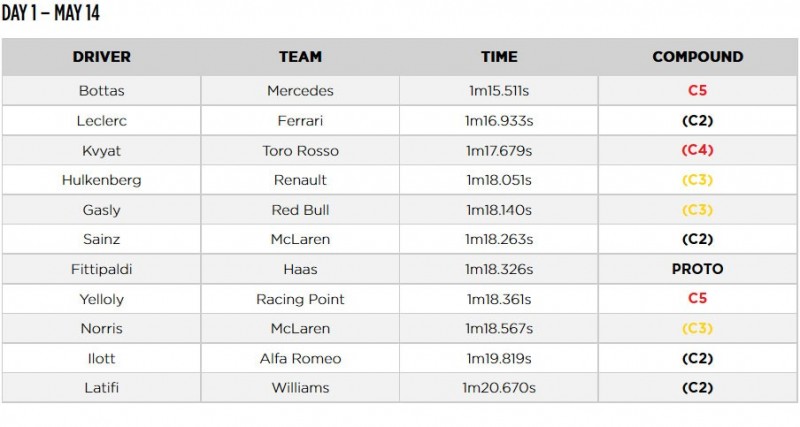 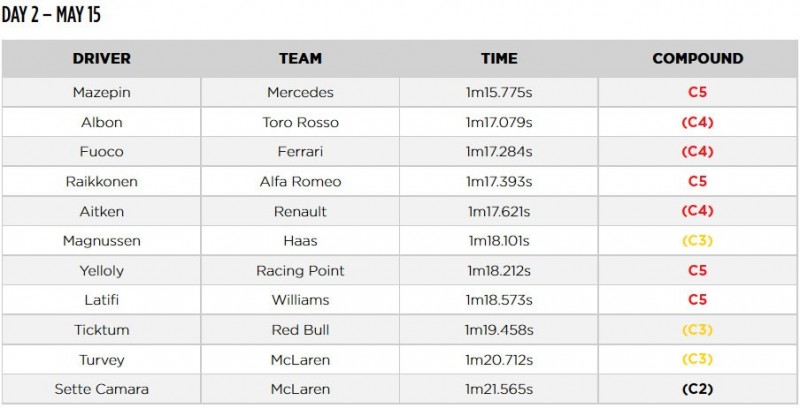