Baku is the longest and also the fastest street circuit on the Formula 1 calendar, thanks to some lengthy straights that form the majority of the 6.003-kilometre track: the second longest of the year after Spa. However, while the speeds are high, the track is narrow – and that combination has caused a few incidents in the past. As was the case at the last round in China, Pirelli brings the C2 as the hard tyre, C3 as the medium tyre, and C4 as the soft tyre: right in the middle of the range.

“The main challenge in Baku lies in balancing the front and rear axles, keeping both the front and rear tyres in the right operating window. It is quite a varied track, with a very long two-kilometre straight and also some more technical corners. The frequency of the safety car also often causes a headache – or maybe an opportunity – for the strategists. The tyres that we have nominated from the middle of our range should be well-suited to the mixed demands of Baku, but it’s always one of the most difficult races of the year to predict. This is often the case for a street circuit, but Baku is the most unconventional street circuit on the calendar, with the high speeds of a conventional track as well as a very long lap.” 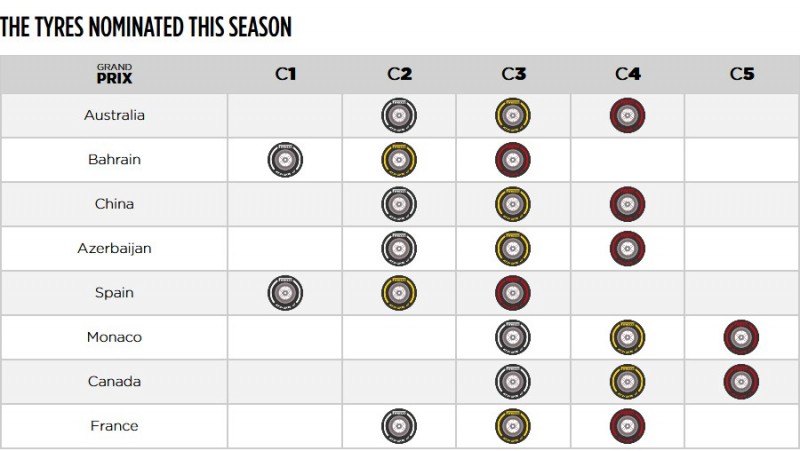 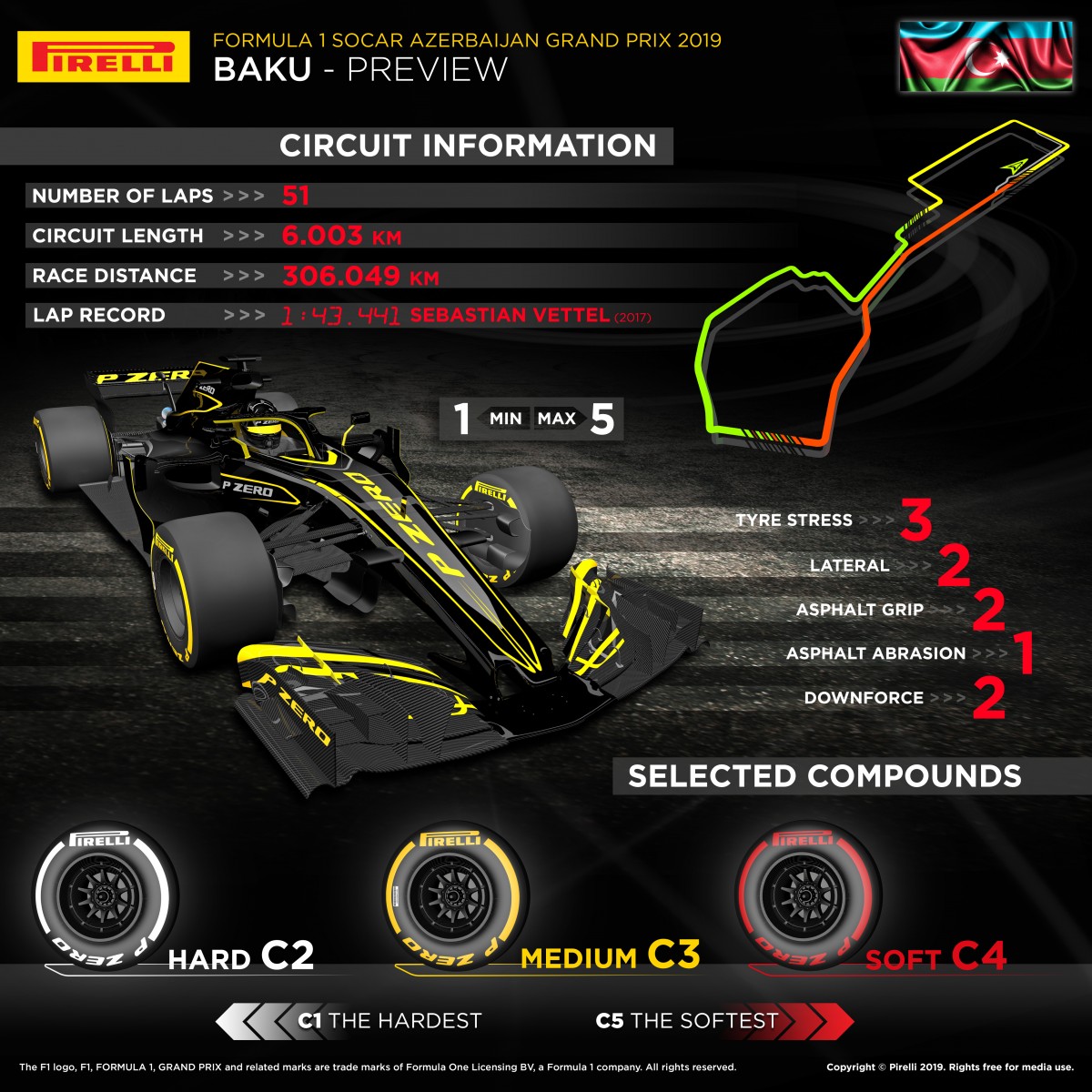