Lewis Hamilton has made it three one-two finishes for Mercedes from the first three grands prix of the season, after leading from the first corner. The majority of the field stopped twice during the 1000th race in Formula 1 history, with the top five finishers adopting identical two-stop medium-hard-medium strategies. Cooler temperatures than anticipated influenced tyre behaviour in the race.

“Today was cooler than yesterday, a factor that affected the performance of the hard tyre and led the frontrunners to put on the medium in order to find extra performance in the final stint. Strategy was a key element of the race, with all the teams watching each other carefully and timing their pit stops to counteract moves from their rivals. We even saw both Mercedes cars stop on the same lap. The majority of the drivers stopped twice, but we saw an interesting mix of one and two stop strategies – as well as even three stops for Pierre Gasly, who used an extra stop for the soft tyre to his advantage by claiming the point for fastest lap. Congratulations also to Alex Albon, who turned round an unfortunate situation yesterday to score a point.” 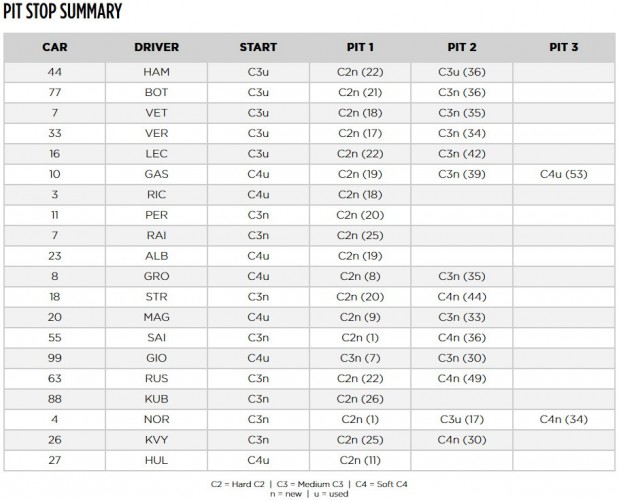 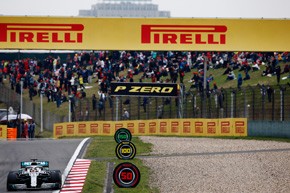 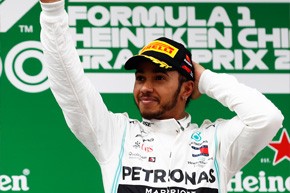