HOW TO TELL THE FIVE COMPOUNDS APART IN TESTING

“In the end we managed to complete the work we needed to do at the Bahrain test with our 2020 prototype tyres, despite losing several hours to the rain on the opening day. Many thanks to all the drivers who took part in our test: especially to Fernando Alonso, whose experience has once again been a huge benefit as we start to analyse the data that we have collected. Over the coming days and weeks we will be examining the numbers in close detail to determine the next direction, as we optimise what will be the final year of 13-inch tyres next season. As for the in-season test, each team carried out their own individual programmes using the current tyres that they had selected in advance from the testing allocation for the year. Obviously and understandably, none of them had selected wet weather tyres, but it was still a productive test over the two days. Congratulations to Mick Schumacher on his Formula 1 debut: like everyone else, we were impressed by what he achieved during his first F1 outing”. 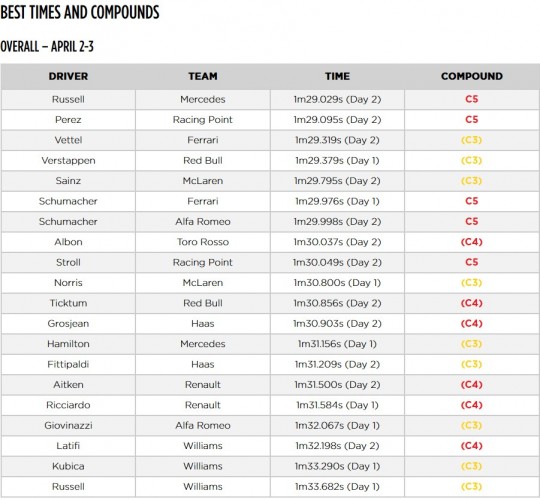 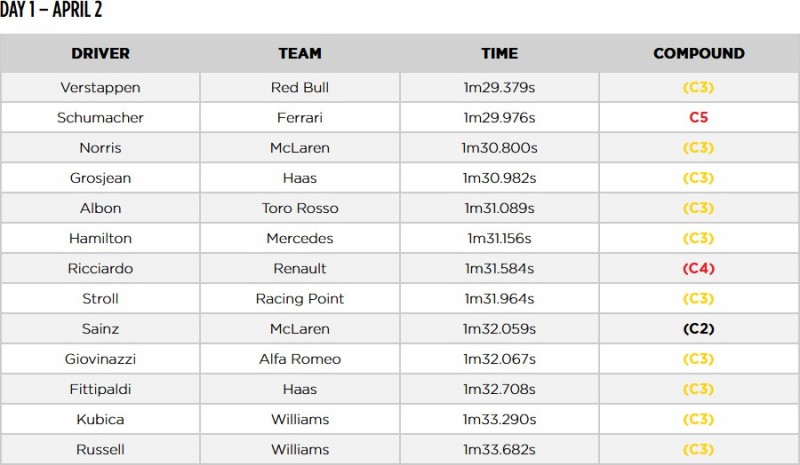 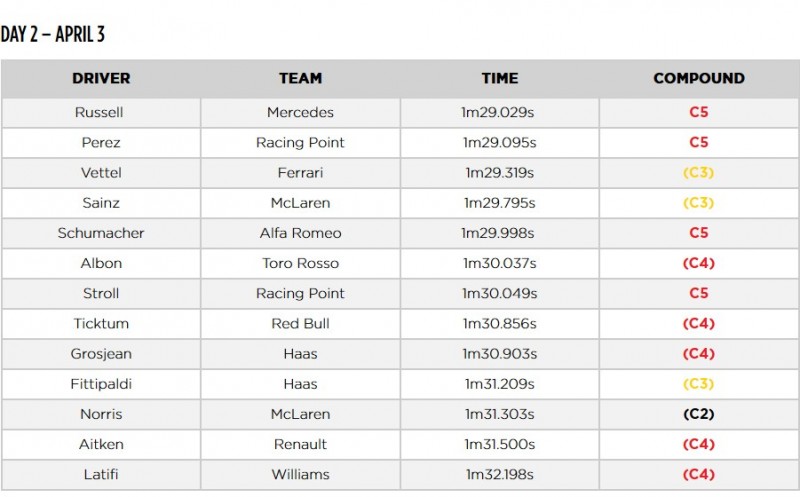