Charles Leclerc claimed the first pole position of his career to lead a Ferrari one-two, just ahead of both Mercedes drivers. The P Zero soft tyres were used from start to finish of qualifying in Bahrain, held under the floodlights as evening turned into night. Pirelli’s head of F1 and car racing Mario Isola presented the Pirelli Pole Position Award to Charles Leclerc, who becomes the second-youngest driver in Formula 1 history to claim pole position.

“As usual, the drivers had to extract the most out of a circuit that was constantly changing with track temperatures dropping throughout qualifying. So the timing of the laps was critical. We saw only the soft tyre used throughout qualifying, which means that the top 10 on the grid will all start on this compound, but a number of different strategies are viable options for the race – with all three compounds. So this means that we can look forward to some intriguing action tomorrow. Congratulations to Charles Leclerc for his first pole position, having been quickest in every session throughout qualifying.” 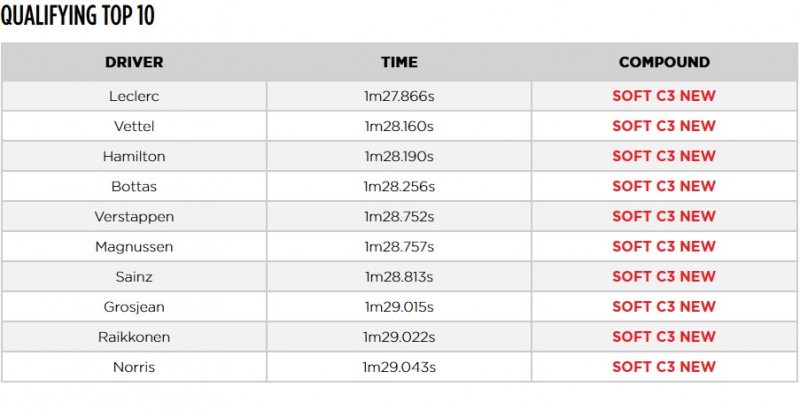